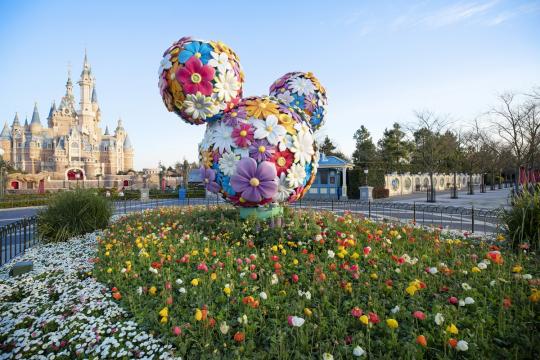 Shanghai Disneyland has sold out all tickets for May 11, the day it is scheduled to reopen following a three-and-a-half-month closure due to the novel coronavirus outbreak, the theme park announced on Friday.

The theme park said that all tickets were snapped up in a matter of minutes after sales commenced at 8 am on Friday.

Advance ticketing and reservations are required to enter the park during the initial phase of reopening. The park has not officially announced the number of visitors allowed at this stage. The company's CEO Bob Chapek said on Wednesday that it will start running at a capacity far below the government's suggested cap of around 24,000 visitors.

Data from travel agent Fliggy shows that tickets for May 11 and May 16 were sold out within just three minutes. There are also very few tickets left for other available dates.

The park on Wednesday announced its plan to reopen the facility, citing how China has largely flattened the COVID-19 curve. It also said that it will introduce a bevy of measures including social distancing, mask wearing and enhanced disinfection to ensure the safety of visitors.

The company said in a press release on Friday that the park's cast members have been busy preparing for the reopening and that extensive testing on all equipment has been carried out.