Challenges and opportunities in 100 days' fight against COVID-19 pandemic

- On January 30, 2020, when the WHO declared the COVID-19 outbreak a public health emergency of international concern, many people might not have expected it to turn into the worst public health crisis in a century.

- One hundred days on from sirens wailing, some 3.7 million people have been infected by the virus, and over 260,000 lost their lives.

- Under the global impact of the COVID-19 pandemic, many countries saw their health systems overstretched, economies forced into standstills, human contacts reduced and social governance questioned.

- Searching for a way out of the crisis underlines the importance of building a community with a shared future for mankind.

When the World Health Organization (WHO) declared the COVID-19 outbreak a public health emergency of international concern on Jan. 30, many might not have expected it to turn into the worst public health crisis in a century.

One hundred days on, some 3.7 million people were infected by the virus, with over 260,000 lives lost. Many countries saw their health systems overstretched, economies forced into a standstill, contacts between people blocked, and social governance questioned. 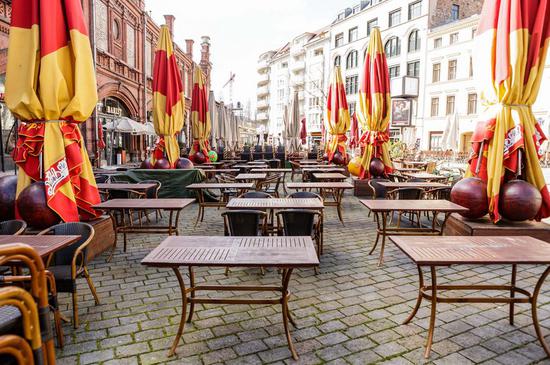 Tables and chairs are seen outside a closed restaurant in Berlin, capital of Germany, March 22, 2020. (Photo by Binh Truong/Xinhua)

The world will never be the same as people drew lessons and inspiration from searching for a way out. Attacked by a common enemy, countries are now well aware of the power of solidarity and cooperation.

As the coronavirus cases grew exponentially, the United States, in just six weeks, reported more COVID-19 fatalities than those killed in the Vietnam War. In Italy's epidemic hotspot town, Bergamo, obituaries once filled dozens of pages in the local daily.

Hospitals were overstretched, facing a great shortage of protective gears, testing kits, medicines and ventilators. Some countries banned the export of medical supplies, and some even seized other countries' goods in transit.

Shops and factories closed, jobs were lost, consumption plunged, economic activities suspended, and global industrial chains were disrupted as the pandemic battered economy. The United States even saw its stock market melt down and oil futures be dumped negative. 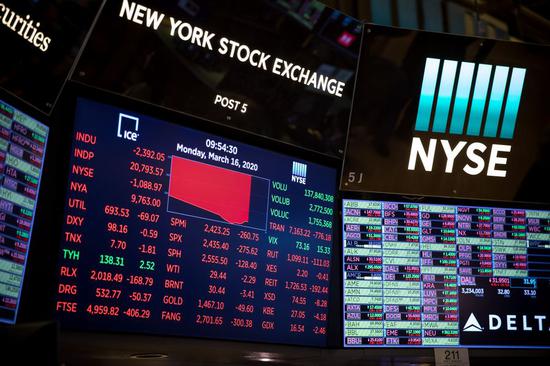 The International Monetary Fund (IMF) said the global recession is already there for 2020. The World Trade Organization (WTO) warned that world merchandise trade is set to plummet by between 13 and 32 percent this year and could bear comparison with the Great Depression of the 1930s.

The virus also marked the end of handshakes and hugs. People are urged to observe social distancing to help prevent the virus.

Many countries declared a state of emergency and adopted "wartime" measures. However, the effectiveness of prevention and control measures were undermined by partisan disputes, rumors and a lack of trust.

A certain country attempted to shift blame for its botched coronavirus response efforts and make other countries easy scapegoats. Having been caught in a whirlpool of "malicious accusations," the WHO, coordinator of this global fight, saw part of its funding frozen. 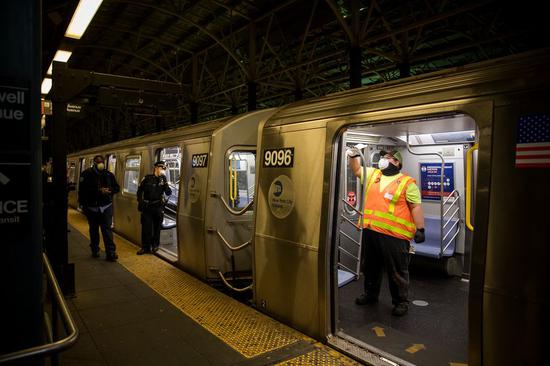 A worker disinfects a train at a subway station in the Brooklyn borough of New York City, the United States, May 6, 2020. (Photo by Michael Nagle/Xinhua)

While a vaccine solution is still not in sight, the virus' spread remains largely uncertain. The world needs to tackle the challenges of the century.

The first hard choice is between life and livelihood.

Many countries have banned non-essential businesses and restricted people's movement. But these measures severely suppressed production and consumption, heightened the risk of bankruptcy and job losses, and forced a hard-living upon people.

Some 25 million people would lose jobs because of the pandemic, data from the International Labor Organization showed. Despite the risk of a second epidemic wave, many countries have announced plans to ease lockdown in a bid to restart the economy.