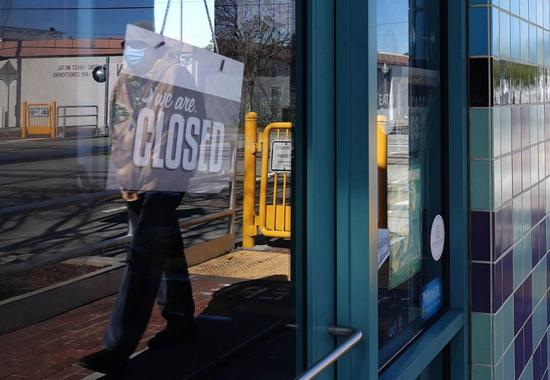 The newly released minutes of the U.S. Federal Reserve's April policy meeting showed participants believe that the economic effects of the COVID-19 pandemic created an extraordinary amount of uncertainty and considerable risks to economic activity in the medium term.

"A number of participants judged that there was a substantial likelihood of additional waves of outbreak in the near or medium term," according to the minutes released Wednesday afternoon.

"In such scenarios, it was believed likely that there would be further economic disruptions, including additional periods of mandatory social distancing, greater supply chain dislocations, and a substantial number of business closures and loss of income," the minutes said.

"Such developments could lead to a protracted period of severely reduced economic activity," the minutes said.

In more optimistic scenarios, economic activity could recover more quickly if the pandemic subsided enough for households and businesses to become sufficiently confident to relax or modify social-distancing behaviors over the next several months, according to the minutes.

The latest meeting, which ended on April 29, concluded with the central bank's policymaking body, the Federal Open Market Committee, keeping its benchmark interest rate unchanged at the record-low level of near zero.

The Fed cut interest rates to near zero at two unscheduled meetings in March and began purchasing massive quantities of U.S. treasuries and agency mortgage-backed securities to repair financial markets.

It also unveiled new lending programs to provide up to 2.3 trillion U.S. dollars to support the economy in response to the coronavirus outbreak.

In the newly released Fed minutes, participants assessed that the second quarter would likely see overall economic activity decline at "an unprecedented rate," noting that the burdens of the present crisis would fall disproportionately on the most vulnerable and financially constrained households in the economy.

Warning of long-term risks, the minutes noted that "participants were concerned that temporary layoffs could become permanent, and that workers who lose employment could face a loss of job-specific skills or may become discouraged and exit the labor force."

A few participants also stressed that the activities of some nonbank financial institutions presented vulnerabilities to the financial system that could worsen in the event of a protracted economic downturn and that these institutions and activities should be monitored closely, the minutes said.